Does the Favero Assioma UNO send the correct power on Zwift?

Yes, the Favero UNOs work perfectly on Zwift and your correct power figures will be displayed. Here’s more detail…

The Favero Assioma UNO is a single-sided power meter pedal. That means, it measures the power from your left leg and automatically doubles the value in order to estimate your total wattage. However, when you connect the UNO over Bluetooth to a cycling app, certain apps only pull a non-doubled power figure from the pedals. In other words, your left leg power doesn’t get doubled as it should, and your power figures will be cut in half. 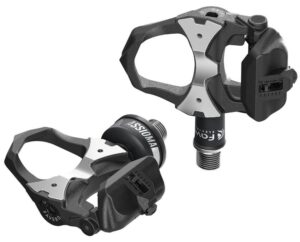 To combat this problem, Favero has introduced a feature in their app called “Double the power”. If you are using your Assioma UNOs with an app that is only pulling half of your power, you would want to toggle this function on, in order to restore your proper power figures.

In the case of Zwift, it is not necessary to turn this feature on as Zwift pulls the correct power numbers from the UNOs automatically.