Does SRAM RED AXS have a power meter?

Yes, there are actually several power meters you can install on a SRAM RED AXS crankset.

To begin with, we are referring to the latest generation SRAM RED AXS cranks, pictured below. These cranks use the SRAM 8-bolt interface and are available in DUB and GXP versions. (The power meters we mention in this article will not fit if you have a previous version of SRAM RED crank arm.) 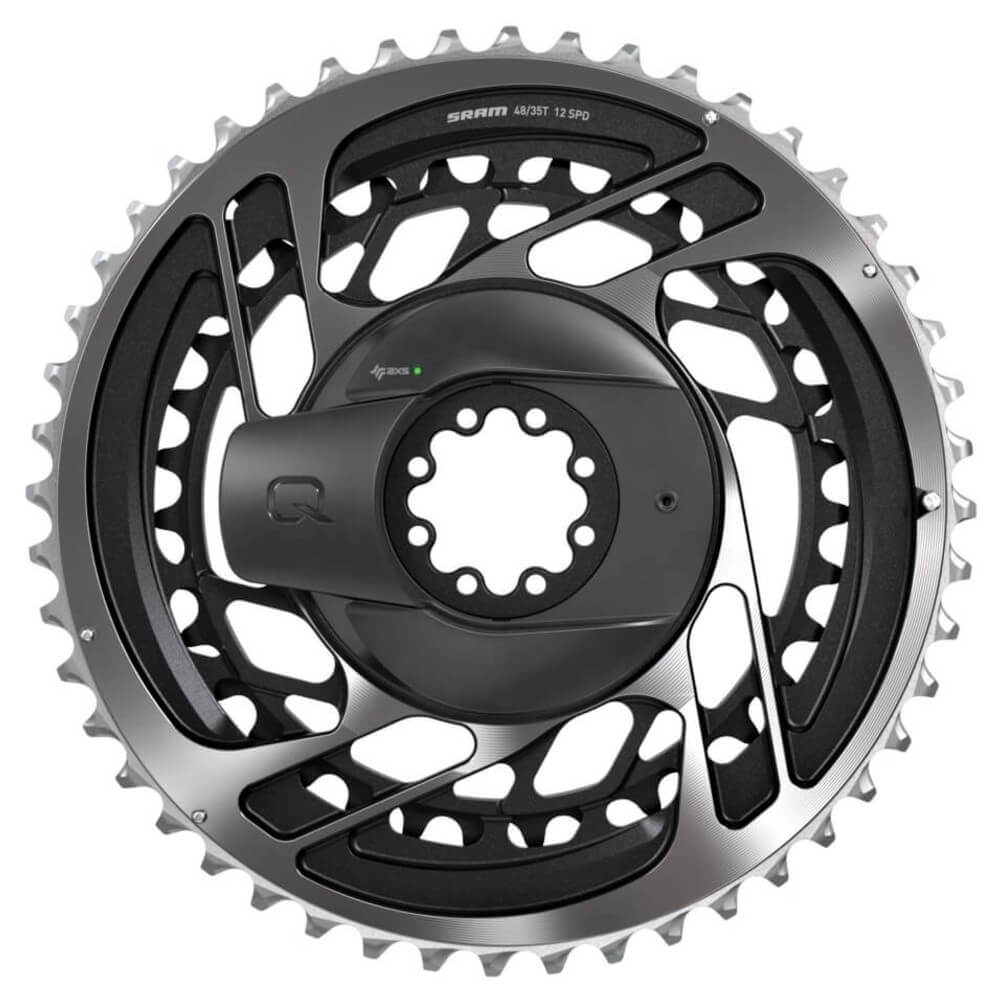