Only 2 left in stock

Favero introduced their first power meter, the bePRO, in 2015. It was a hit among cyclists of all levels due to its accuracy, reliability and low price point. Favero is at it again, this time with the Favero Assioma DUO Power Meter Pedals. Like the previous version, the Favero Assioma power meter pedals are a dual-sided power meter with a power sensor located on each pedal. This means the power meter can show both left and right power, in addition to total power and cadence.

However, Favero made several big changes with the Assioma. To begin with, it now installs like a normal pedal. No special tools or set-up steps needed. Just use the supplied Allen key and screw them on. In addition, the Favero Assioma pedals now have both ANT+ and Bluetooth SMART. The power meter kept its rechargeable battery, but now has 50 hours of battery life.

With a power sensor on each pedal, the Assioma can measure true left and right power. While some power meters provide an estimated left/right power figure, only a few can provide true left/right data.

Installing a power meter doesn’t get any easier. Grab the Allen key, screw on the pedals and you’re ready to go. This means you can also move them from bike to bike in seconds!

With both ANT+ and Bluetooth SMART, the pedals will work with your favorite cycling computer, GPS watch, smart phone or tablet. The choice is yours!

The Assioma uses Favero’s IAV Power Technology. IAV results in accuracy of +/- 1.0%. It also allows the Assioma pedals to be used with oval chainrings without any impact to the accuracy of your data!

Favero’s built-in gyroscope also allows you to measure cycling dynamics data such as IAV Power Phase and IAV Rider Position. With these advanced metrics, you can become a faster, stronger rider!

Using cutting-edge materials, the weight of each pedal is only 149.5 grams. This makes it the lightest power meter pedal available.

The Favero Assioma uses a rechargeable lithium-ion battery which offers a 50-hour life. When the battery gets low, simply plug them in using the included charger, and you’re good to go again.

The Assioma app allows you to update firmware, perform zero-offsets, check battery levels and more. Also, the “Compatibility with other apps” function ensures it works with other apps and training software. 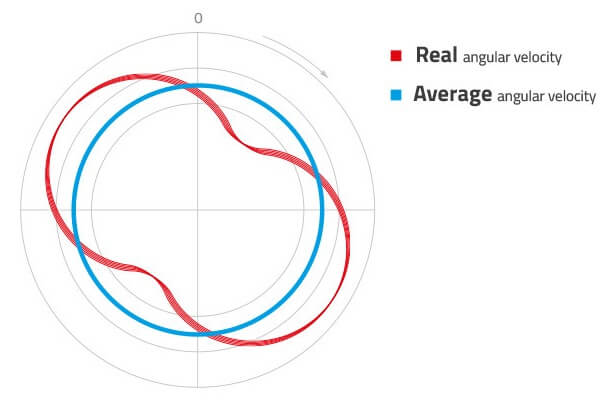 The Assioma uses Favero’s IAV (Instantaneous Angular Velocity) Power. Using special software and a built-in three-axis gyroscope, IAV takes into account the precise pedaling speed within each pedal stroke. This results in the Favero Assioma DUO having accuracy of +/- 1.0%. In addition, IAV allows you to use the Assioma pedals with oval chainrings without any impact to the accuracy of your data! 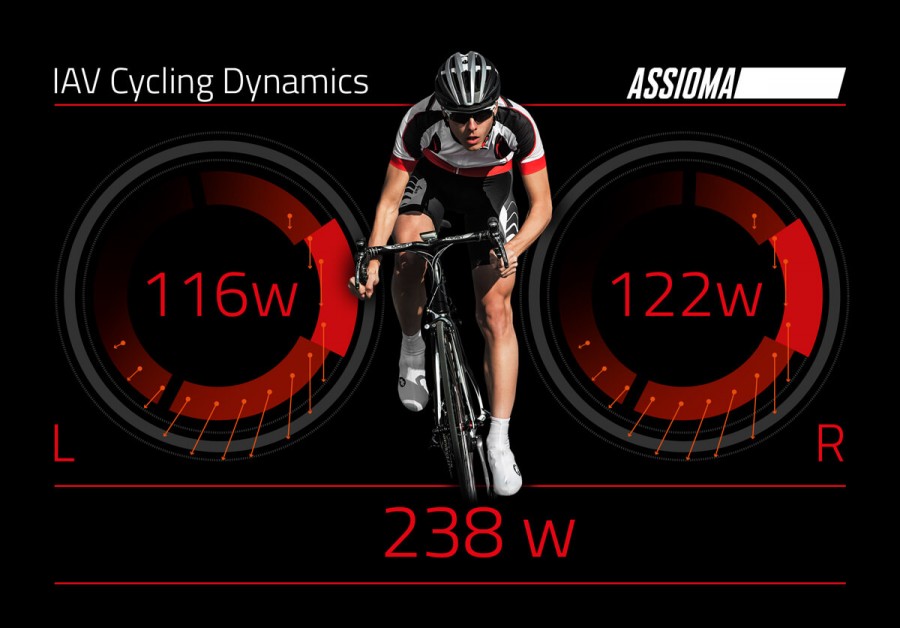 Favero’s gyroscope also allows you to measure cycling dynamics data. IAV Power Phase displays the portion of your pedaling stroke in which torque is produced. In addition, your Power Phase Peak, in which maximum torque is produced, is also indicated. IAV Rider Position displays the portion of time you are in a seated vs. standing position. This allows you to analyze how a specific position can influence your performance. This data works with most Garmin bike computers including the Edge 1030, 830, 820, 530 and 520 Plus.

The pedals now have auto-zero. With this feature, the power meter will perform an automatic zero-offset (calibration) every time you ride, which helps ensure the power meter stays accurate!

The Favero Assioma DUO Power Meter Pedals come supplied with red, 6-degree float cleats. You also have the option to purchase black, 0-degree (fixed) float cleats. If you have LOOK KEO cleats, they will also work with the pedals.

Bike: The Favero Assioma power meter pedal is compatible with any road or indoor bike.

Question: Does the Favero Assioma DUO work on short crank arm lengths, such as 150 and 155 mm?

THIS PRODUCT IS FREQUENTLY BOUGHT WITH