Installation of Velocomp power meters is simple. In fact, installation isn’t really the right word…it’s more like mounting. The PowerPod comes with a handlebar mount which you simply attach to your bars using a small hex wrench, and then the power meter attaches to the mount. Note however that once installed, you must pair the power meter to your computer and speed sensor, as well as conduct a one-time calibration ride.

Velocomp makes three different versions: Lite, V5 and AeroPod. The Lite is the base model and only supports one bike profile. The V5 adds a few features, as well as supports four bike profiles. Velocomp’s newest power meter is the AeroPod. The AeroPod provides all of the features of the V5, and can also provide real-time, CdA data. It is the only power meter that can do so. Please refer to the table below for specifics.

If you use a Garmin bike computer, you can also select an upgraded combo bar mount. The combo mounts allow you to mount both the power meter and Garmin on the same mount. This results in a cleaner, simpler set-up.

The PowerPod weighs just 32 grams. To put it in perspective, this is about the weight of 32, average size paperclips. When the standard mount is included, the total weight of the system is 65 grams.

As previously mentioned, Velocomp power meters measure power by calculating the forces that oppose the rider. This is wind, gradient, acceleration and friction. In addition, Velocomp offers PowerStroke, an upgraded software package. Similar to left/right analysis found on other power meters, PowerStroke can provide measurement of front-to-back, side-to-side and left/right wobble motion of the bicycle.

Velocomp power meters use USB-rechargeable batteries. The battery lasts for approximately 20 hours before needing to be recharged.

Based on the model, the power meters transmit data via both the ANT+ and Bluetooth SMART wireless protocols, giving you the option of using virtually any device as your head unit.

Most studies show Velocomp power meters to be accurate to around +/- 3.0% in most conditions. This compares to +/- 1.0-2.0% found on direct force power meters.

These power meters do not transmit cadence. However, you can add a cadence sensor into the mix if you wish to monitor your cadence data. We sell cadence sensors for only $39.99.

Velocomp power meters come with a one-year warranty which promises that the power meter will be free from defects in both material and workmanship. 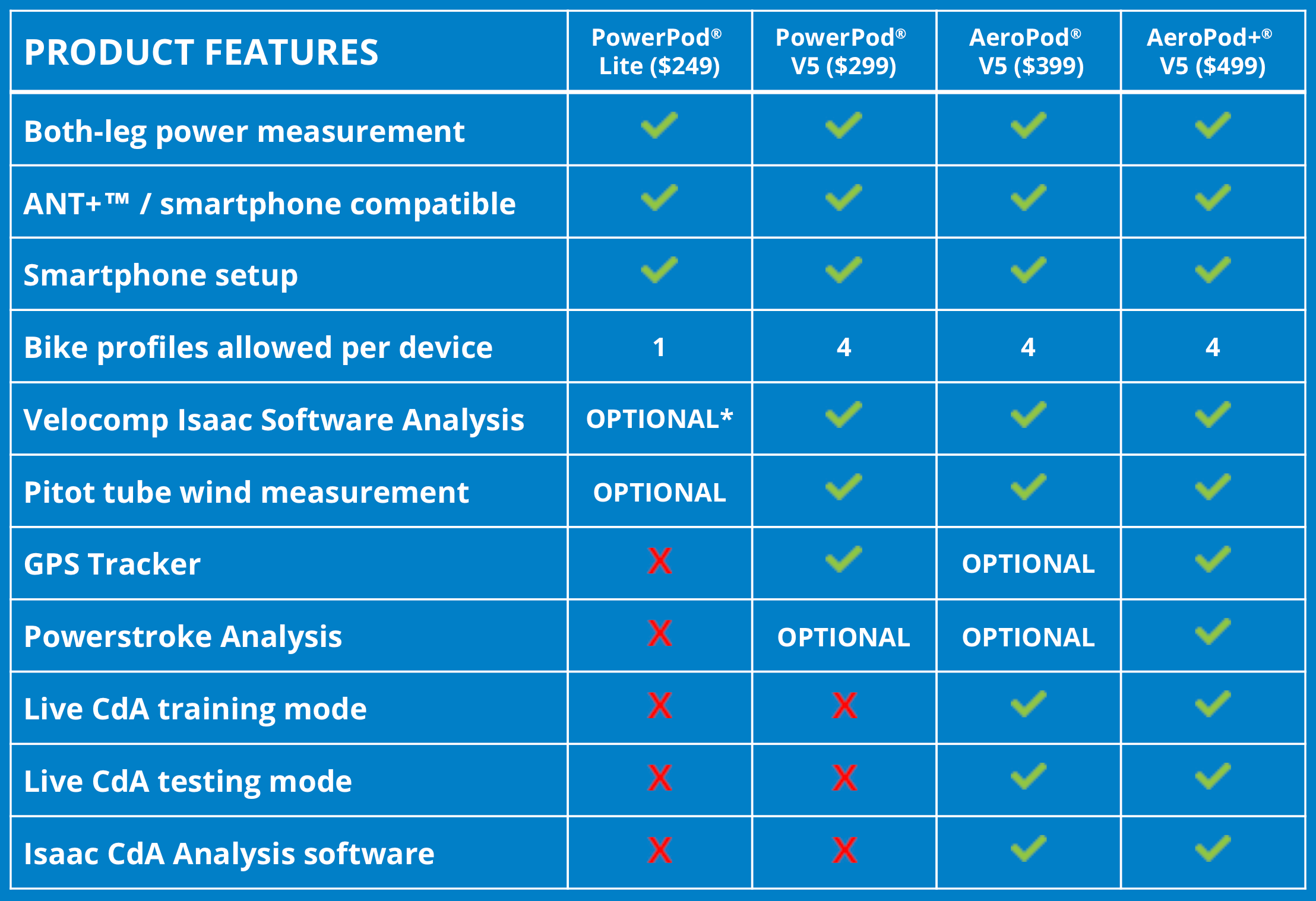